How to Play Alternations Solitaire

Alternations is the second two pack solitaire game to appear in the Solitaire City. 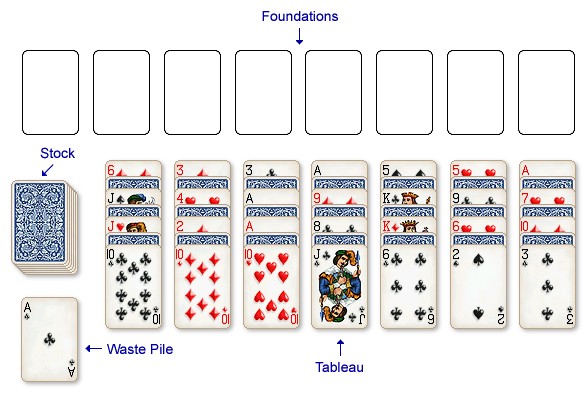 The object of the game is to build the eight foundations up in ascending suit sequence from Ace to King. e.g. A

A partial packed sequence of cards may be picked up and moved to another column by moving the mouse pointer over the top of the card that heads the sequence then holding the left mouse button and dragging the column section. Note that you will only be able to move sections of columns which contain cards of descending sequence. At some point, you will try to grab a column of cards and find that you can't move them. Don't worry; you haven't broken your mouse, just the rules ! if you look carefully at the cards you are trying to move, you will find that the top card(s) don't belong to the descending sequence.